With three locations to choose from, and the largest selection of New and Used Bolt EV’s on ground, our auto group has never been more electric! Speak to an EV Specialist today and drive away in the HOV lane, gas free!

Scrap-It Program is back!

This program offers incentives to scrap high polluting vehicles for an electric vehicle and other low carbon forms of transportation. This program allows you to claim $6,000 towards a new Chevrolet Bolt EV, or a new Chevrolet Volt. Pre-Owned EV’s are eligible for $3,000 in Scrap-It credit. BC Scrap-It Program Society is a not for profit society. It is not a provinical or federal government program. As such, all incentives are subject to change at any time without notice as they are directly linked to available funding.

CEV for BC Credit

Clean Energy Vehicle for BC (CEVforBC™) is British Columbia’s Point of Sale Incentive Program designed to make clean energy vehicles (CEV’s) more affordable for British Columbians. Through the combined leadership of the New Car Dealers Association of BC (NCDA) and the Province of British Columbia, CEV’s in BC are more accessible than ever.

Since the start of the program, the Government of British Columbia has recharged the initiative on numerous occasions as CEV’s surge in popularity, with more than $40 Million in incentives provided to provincial consumers via BC’s New Car Dealers. Eligible consumers in B.C. can apply for the CEV incentive program through local dealerships that sell or lease qualifying vehicles.

Dueck has the electric vehicle you’ve been looking for with out large selection of used Bolt EV’s and prices that fits in with your budget! Each Bolt EV vehicle is Dueck Certified and undergoes a thorough inspection process, warranty process and offers buyer protection such as 30 day exchange and roadside assistance, so you’ll have that peace of mind. Whether you want to buy, finance or lease Dueck can help you get into the Bolt of your dreams!

Go from work hours to after hours without compromise, thanks to up to 416 Kilometres of range on the Chevrolet Bolt EV. Not only can you go where you want, but the Bolt EV makes it fun to get there. From the beautifully-sculpted exterior to its impressive performance, you’re in for an exceptional driving experience. Plus, with an incredibly spacious interior and the advanced technology, you could say Bolt EV is everything we want in an everyday car. 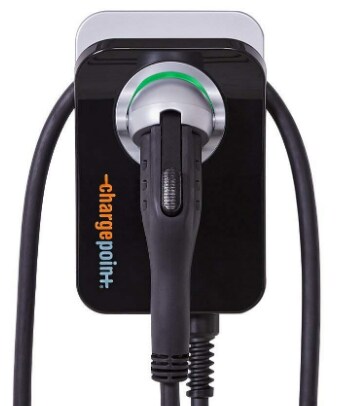